Today! Because the Kraken is invulnerable. A hundred men could not fight him, an army could not kill him – 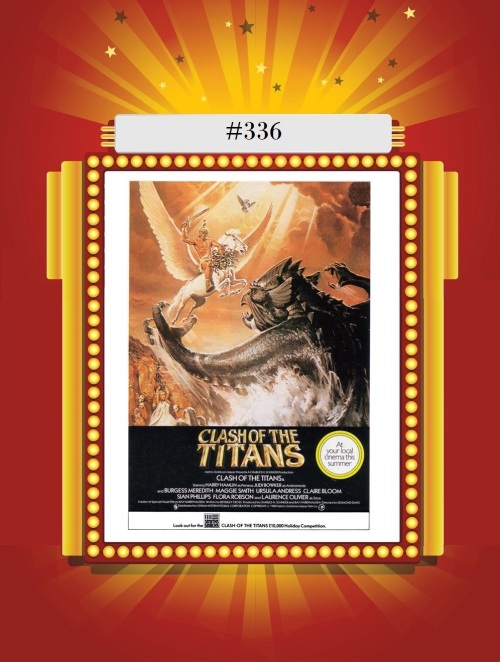 This pile of Ray Harryhausen wonderment adorned with super high end actors was another staple of the household growing up. We even had a puzzle of the above poster that I remember being a real ballbuster to put together – there’s a lot more water in the bottom part of the picture than appears here. But as a pure adventure movie, this thing basically holds up. Sure, those stop-motion effects look a little creaky in anything nowadays, but they are still relatively seamless with the movie as a whole. And there’s a bunch of well-realized mythological creatures populating the goings on. Pegasus! Medusa! The Kraken! Dude!

When the speechifying starts, it’s not the greatest. Even Olivier and Maggie Smith, with epic godly back-lighting, have a hard time making that dialogue work, but seriously, the plot in this thing doesn’t matter. There are monsters for Harry Hamlin’s Perseus to battle, for Chrissakes! His quest is basically gather up weapons, consult some witches, try not to turn to stone, fight giant sea creatures, rescue damsels, and keep that hairdo looking tight. Fun, mindless action! 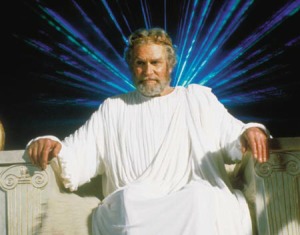 Not so much backlighting as a full on laser show!