Today! Because this is Zombie Redneck Torture Family, see? They’re entirely separate species. Like the difference between an elephant and an elephant seal – 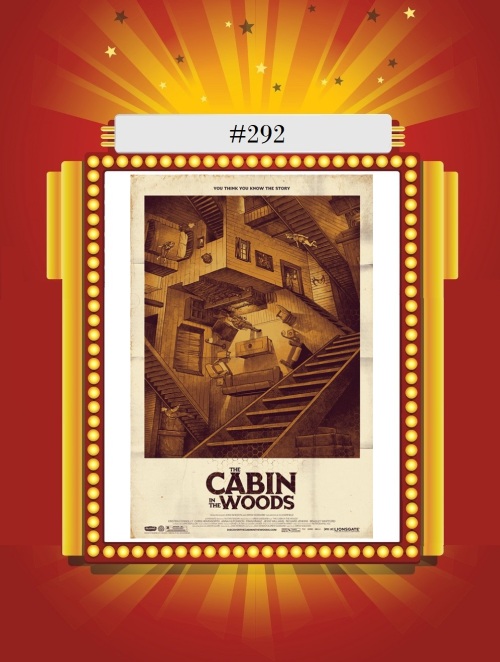 Not really being a horror guy myself, it’s probably fitting that this not-really-a-horror-movie is my favorite horror movie of recent years. I mean, it has a lot of basic horror elements – kids partying at the desolate cabin in the woods, maniacal killers, spooky atmosphere. But right from the beginning, right from the opening credits, something is obviously wrong in this film. What follows is a frankly amazing subverting of the entire genre, a parody inside of a science fiction/fantasy/mythology that is as funny as any horror movie ever made, which I know is a pretty weird endorsement. I saw this based almost entirely on reviews – the studio clearly had no idea how to market it without giving the entire film away – and audiences were clearly conflicted. While it did okay at the box office, it got savaged by Cinemascore (if you give any credit to that outfit). Rotten Tomatoes places the movie at a robust 91% with critics, yet Cinemascore gave it a C, with female audience goers (usually a very supportive demographic to horror) handing out a D+! Clearly, few were prepared for the non-horror horror movie from Goddard and co-screenwriting god Joss Whedon. END_OF_DOCUMENT_TOKEN_TO_BE_REPLACED