Today! Because you’re waiting for a train, a train that’ll take you far away – 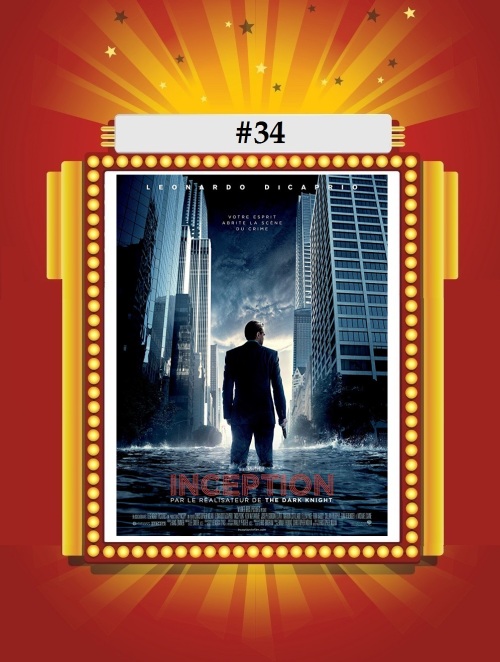 The two greatest summer moviegoing spectacles of the last twenty years both came from the same director, within two years of each other. And this was the second – a head-trippy, effects masterpiece tackling concepts of love, loyalty, aging, and family, and high powered explosives, crashing trains, and weightless fisticuffs. Inception is so spectacularly high concept that it doesn’t seem like much would’ve needed to happen to derail this film into nonsense and self-parody, but in the capable hands of Christopher Nolan – the greatest popcorn movie director this side of Spielberg – it delivers marvelously.

I realize denigrating Nolan as a “popcorn” director is hugely unfair, but even Spielberg eventually got the retroactive credit he deserved for his crowd pleasing efforts (once he made dour war pictures and the like, because apparently that’s the path one needs to take for respect). No doubt in the next 8 to 10 years Nolan will make the somber, awards-sweeping masterpiece that’ll have to be mentioned alongside his Batman movies and Memento and Inception – hell, it was almost Dunkirk – but for now we can content ourselves with the knowledge that we’re living through one of the greatest stretches of cinematic bombast from a hugely talented auteur in history. And as great as his other films are, will he ever manage to creatively top Inception? END_OF_DOCUMENT_TOKEN_TO_BE_REPLACED