Today! Because I didn’t know they gave out rings at the Holocaust – 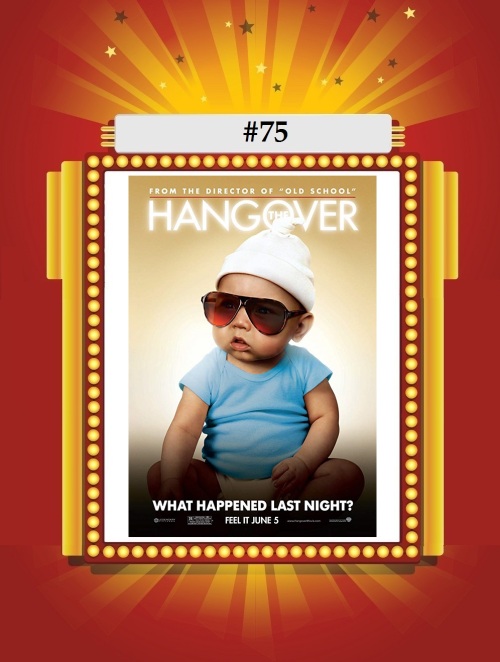 So again, as mentioned somewhere earlier, I’m not saying we got married at Caesar’s Palace in Las Vegas because of The Hangover – that’s completely insane – however, we never looked at their wedding facilities in person, booking thanks to YouTube videos of the gardens and whatnot. This was after we made a trip to Vegas expressly to check out venues. So either this should tell you how lackluster the matrimonial facilities are at the MGM Grand, Mandalay Bay, and the Bellagio (among others – we looked at a load of places), or that maybe we were more influenced by the epic search for Doug than we care to admit.

Not that Doug! The other Doug!

END_OF_DOCUMENT_TOKEN_TO_BE_REPLACED

Today! Because I’d like to be pimps from Oakland or cowboys from Arizona but it’s not Halloween. Grow up Peter Pan –

This drinking and fucking comedy masterwork introduced me to Bradley Cooper (even if he is just the smarmy villain of the piece, and thus I didn’t tie this together with the later Oscar nominated Bradley Cooper we’d all come to know and love for some time) and Isla Fisher (who hasn’t had as great a post-Wedding Crashers run, but still popped up in some solid roles – The Great Gatsby, Now You See Me, er, the messy return of Arrested Development), while also giving us one of the better Christopher Walken comedy performances, a great 100% id Will Ferrell cameo, and the best Vince Vaughn character of all-time. Also, if you glance over that resume, this is the last great Vaughn comedy, and the one most directly responsible for so much mediocrity to follow (Fred Claus, Four Christmases, Couples Retreat, our co-starring venture The Dilemma, filmed here in Chicago, etc.).

There I am! I was carrying a coffee mug, but you can’t see it!