Today! Because you took the purest thing in your life and corrupted it – 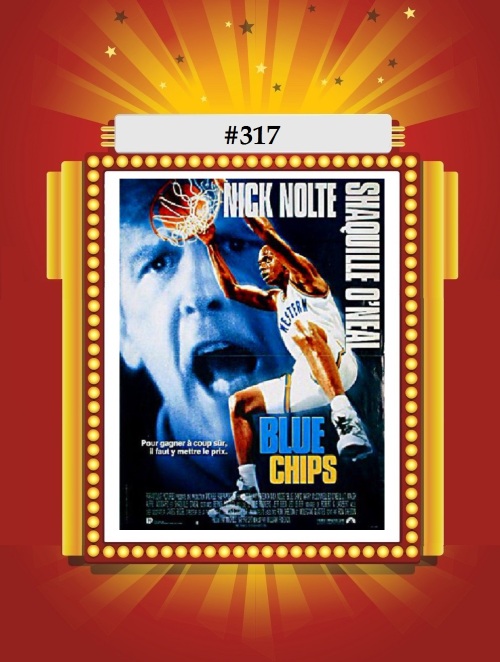 My favorite college basketball movie of all time (yeah, you heard me, Hoosiers), Blue Chips is a pretty over-the-top hoops spectacle that launched the epic film career of that acting titan, Shaquille O’Neal, the Hardcourt Olivier! The Big Thespian! Such a huge deal was Shaq when he entered the NBA that this film was billed as a Shaq/Nolte buddy picture, a 48 Hours set on a college campus, but no! While Shaq does have some acting tasks in the film – and he’s okay – what he really adds to Blue Chips is the ability to dunk, and in the big game, that’s all he does. Over and over and over. And if you like dunks – and who the hell doesn’t? – it’s pretty awesome, in a very 1994 kinda way.

But no, Nick Nolte is the driving force of this cheese masterpiece. His thinly veiled Bobby Knight impression is explosively crazy, and tends to overwhelm the ho-hum tale of teens getting paid to play at this college. There is a terrific series of scenes where Nolte shouts at players – upon finding out they took money or shaved points, where he shouts at referees – because obviously that’d be included, and where he shouts at scheming money-man J.T. Walsh, who shouts back at him just as much. And it’s all great, if you appreciate incessant shouting in your sports films, and again, who the hell doesn’t? 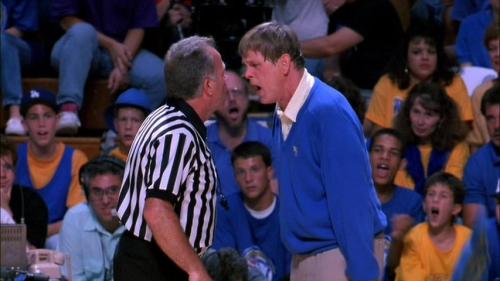