Today! Because he’s never Justin any more. All day, every day –

Another kind of Sherlock Holmes movie, They Might Be Giants shares more similarities with Man of La Mancha than with Arthur Conan Doyle’s detective, despite this movie featuring a mystery, a Watson, and sort of a Moriarty. Sort of. Not all that dissimilar from #264 The Ruling Class, this is another play-based lunatic comedy wherein the main character believes himself to be someone completely different – Ruling Class had Peter O’Toole’s upper crust noble convinced he was Jesus Christ; They Might Be Giants sees George C. Scott’s respected lawyer and judge Justin Playfair 100% committed to the idea that he is actually Sherlock Holmes. 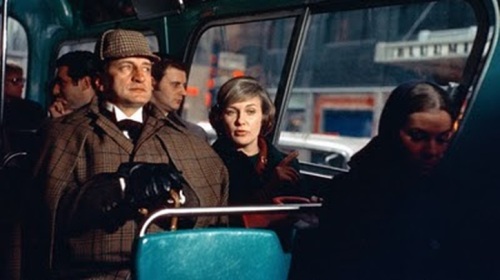 END_OF_DOCUMENT_TOKEN_TO_BE_REPLACED

Today! Because I’m gonna get off this merry-go-round. I’m so sick of all sticky things – 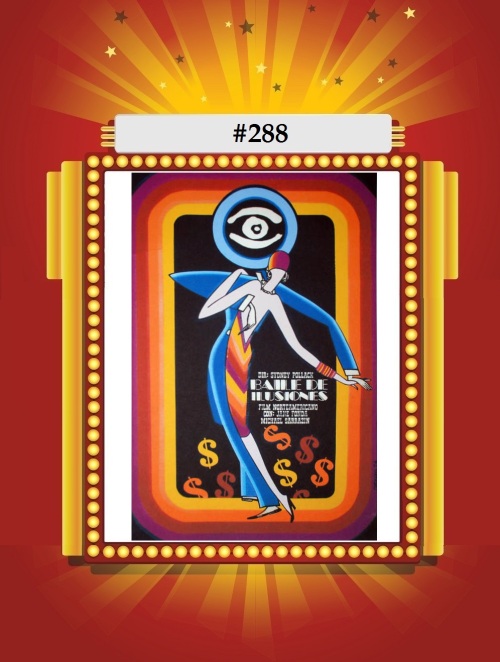 Part of my favorite nonsensical sub-genre of films (movies with complete sentences as titles), They Shoot Horses, Don’t They? is based on the very real practice of holding dance marathons during the Great Depression so that poor, hungry people could try to win money and prizes. These folks would have to remain on their feet virtually non-stop for days and weeks at a time, trying to outlast each other not unlike modern contests where people have to keep their hands on a car, or continuously ride a rollercoaster until everyone else quits. The difference, of course, was that these people were desperate, and often died from sheer exhaustion in striving to win. It’s a little talked about, shameful blip in history, with roots back in Roman times – straight-up peasant brutality used to entertain the better off.

Look at the great times these poor bastards are having!

So if that’s your idea of a fun movie, They Shoot Horses is 100% your jam. Gig Young won an Oscar as the fun-loving, heartless ringmaster of this nightmare carnival, but the on-screen suffering and deterioration of Fonda, Sarrazin, Buttons, and York is equally as impressive and shocking. Based on the effective Horace McCoy novel, the movie manages to round complete characters out of this depravity, improving on the source material by adding and/or enhancing the minor roles. The result is Sydney Pollack’s masterpiece (Out of Africa and Tootsie are both great, don’t get me wrong), holding down the odd distinction of being the most nominated movie in Oscar history that didn’t get a Best Picture nod, with nine! But, you know, thank God they saved that spot for Hello, Dolly! END_OF_DOCUMENT_TOKEN_TO_BE_REPLACED