Today! Because the murderer is right in this room. Sitting at this table. You may serve the fish – 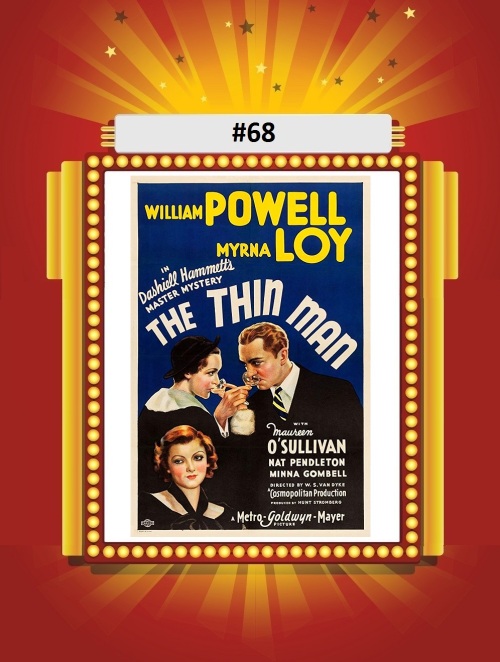 Dashiell Hammett’s hard drinking detective and wife pair Nick and Nora Charles first gloriously came to life in this 1934 classic, altering a few keys elements from the book in terms of character and tone, but maintaining the twisty, red-herring filled plot about the search for Clyde Wynant, a.k.a. The Thin Man. And yes, it’s weird that all the sequels still used “The Thin Man” in the title, as though Nick Charles was on a perennial diet, when Wynant only appears in the first film. But hey, they needed that name recognition! If they knew what a hit they’d have on their hands, undoubtedly this would’ve been called Nick and Nora or Mr. and Mrs. Charles or Asta, the Wonder Dog. 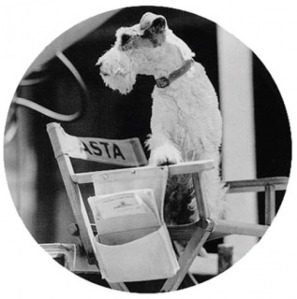 Forever the MVP, and a frequent crossword puzzle answer!

So yes, while the story remains the same, the book is fairly light on humor, which shouldn’t be a surprise, for anyone familiar with Hammett’s hard-bitten private eye yarns, like The Maltese Falcon, Red Harvest, and The Glass Key. I mean, it’s a little lighter, to be sure, but it’s not the virtual comedy that the movie became. Also, while Asta does appear in the book, it’s as a Schnauzer, not the Wire-Haired Fox Terrier that portrayer Skippy was. Way to mix it up, MGM!

Stars Powell and Loy had such terrific screen chemistry that they’d make five more Thin Mans together, plus eight other movies between ’34 and ’47, including such major films as Best Picture winner The Great Ziegfeld, classic screwball comedy and Best Picture nominee Libeled Lady, and the last movie John Dillinger saw at the Biograph over on Lincoln Avenue in Chicago before being gunned down, Manhattan Melodrama. 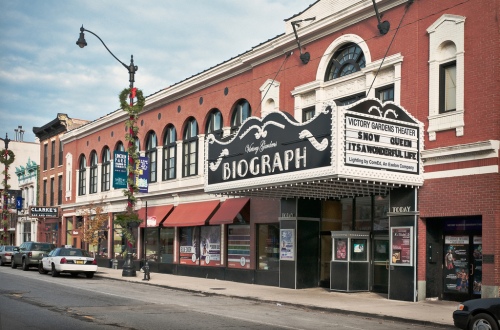 Powell and Loy are so still linked to these roles that despite many attempts to revive or reboot these characters, they’ve never caught on. One of the biggest Broadway flops in history was 1991’s Nick & Nora musical – lasting all of nine performances – and NBC’s late ’50s half-hour mystery adaptation starring Phyllis Kirk and the brother-in-Lawford himself Peter only lasted two years. It faired better on radio with different actors, running for nine years across the ’40s, but maybe not seeing people in the roles helped? Considering how many Sherlock Holmeses and Miss Marples and Hercule Poirots there have been, it’s tough to explain exactly why The Thin Man hasn’t been successfully remounted in decades.

But perhaps it’s the virtual perfection of this first movie. While the sequels – especially After the Thin Man – are all good-to-great, they never quite recaptured the delicate balance of hard crime and borderline screwball-ery that the first film managed. It features the best supporting group of nutballs – these sorts of characters would get zanier as the series wore on – plus laid the pattern that all the other movies would follow, with that old gather-all-the-suspects-together style finale. Much like the Rathbone Holmes series, or the Mr. Motos or Charlie Chans, the Thin Mans did become a bit rote, churning out film after film with diminishing results, but unlike those mystery franchises, Thin Man kicked off with a high pedigree Oscar nominee!

Up for Best Picture, Director, Actor, and Screenplay in 1934, The Thin Man lost all four on It Happened One Night’s march into Oscar history. And while this was a year where there were 12 Best Picture nominees, there were only three for Best Director and Best Actor! What the hell was the ’34 voting process like? Still, suck it It Happened One Night! Thin Man wins out as my favorite movie of the year! 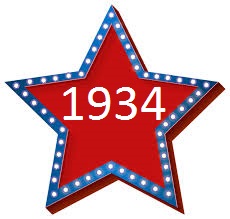 Thanks to #303 After the Thin Man, director Van Dyke and Loy both join their respective Twos, while Powell (with #211 My Man Godfrey) moves to the Threes. Also reaching that new rung are omnipresent ’30s character actor Porter Hall (#384 Sullivan’s Travels, #382 True Confession) and multi-decade star Maureen O’Sullivan (#173 A Day at the Races, #180 Hannah and Her Sisters)!

Coming tomorrow! Did anybody order a Loveburger? Well done –