Today! Because you didn’t say the magic word –

It’s no stretch to declare Jurassic Park the best dinosaur movie ever made, but I’ll go so far as to say it’s the only good dinosaur movie. It feels like it should be a more robust sub-genre of movies, right? Like, once the technology existed, why didn’t we get buried in stupid T-Rex films? But really, there isn’t much, and what there is isn’t great. They pop up as side characters in like King Kong, okay, but you wouldn’t classify that as a dinosaur movie, would you? You would?! Get the hell out of here!

And I’ll contend that none of the other Jurassic Park movies are anything compared to the original. Jurassic World is fun, but it’s a pretty straight rehash of the first film, not unlike The Force Awakens and A New Hope, really. Hollywood has us figured out, folks! We like the same things packaged in slightly different ways! Superhero movies, all these “live action” Disney remakes (that are really just animated in a different way), reboots, endless Fast and Furious sequels – we like comfortable, predictable, stakes-less excitement!

(Also, is everyone aware that there have been fourteen Land Before Time movies? That seems a touch excessive, no? I think I might have seen the first movie once, but I’m clearly way behind!) 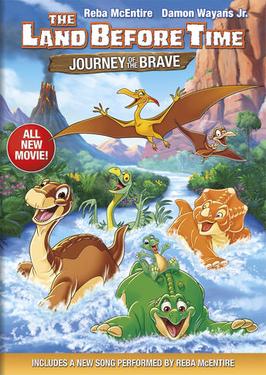 Who’s up for marathoning this shit this weekend?

Okay, maybe you can say Godzilla is a dinosaur film, but I’ll counter with there has never been a good Godzilla movie, so there. Oh, you loved that Bryan Cranston version a few years back? Did you really? I’ll take that nonsense Matthew Broderick version over that, and the ’98 Godzilla is almost complete garbage. The creaky men in the rubber suit movies? I prefer those best, I suppose, but come on, those aren’t good either. We’ve got approximately nothing!

And so we keep looping endlessly back to Spielberg’s Dino DNA epic, with its revolutionary effects and Newman from Seinfeld causing all kinds of chaos and that glorious, shirtless Goldblum explaining the different between Jurassic Park and Disneyland. And what’s really amazing watching the movie now is how well the effects hold up. Almost nothing from the early ’90s that employed any CGI looks better than your average Playstation 2 game, but Jurassic Park (and I’d argue some parts of Terminator 2) are still amazing, still “How did they do that in ’93?” incredible. Of course, the mix of animatronics and digital had to be just right, and they nailed it – when these movies would lean more and more into the computer generated beasts, it got way less interesting.

Nowadays Sam Neill would just be laying on a fat green screen nothing!

Something that certainly may only interest me – the kids in Jurassic Park, Lex and Tim, were played by Ariana Richards and Joseph Mazzello, who’ve gone on to have solid respective careers, Richards as an artist and Mazzello appearing in the likes of HBO’s The Pacific, The Social Network, and Bohemian Rhapsody. Richards and I were born nine days apart, in September of 1979, while Mazzello and my wife Sarah were born on consecutive days in September of 1983. Isn’t that interesting? It’s kinda interesting, right? Just a big ol’ pack of Virgos!

The movie MVP – without question – has to be Martin Ferrero, playing the blood sucking lawyer whose death was literally cheered the first time I saw this movie in theaters.

Spielberg becomes the seventh Four-Timer director, following #294 1941, #226 Munich, and that one segment of #331 Twilight Zone: The Movie, while Sam Jackson is the ninth Six-Timer actor, with #332 The Phantom Menace, #224 The Avengers, #172 Out of Sight, #131 Jackie Brown, and #175 Patriot Games. Plus, being Sam Jackson, he probably has lots more to come. Is he going to end up king of the mountain? Lord of the guild? Er, actor supreme? We’ll see! Let’s not sleep on Goldblum either – next up reaching the Fives today, after #318 Independence Day, #281 Buckaroo Banzai, #219 The Player, and #267 The Life Aquatic. Spotlight! 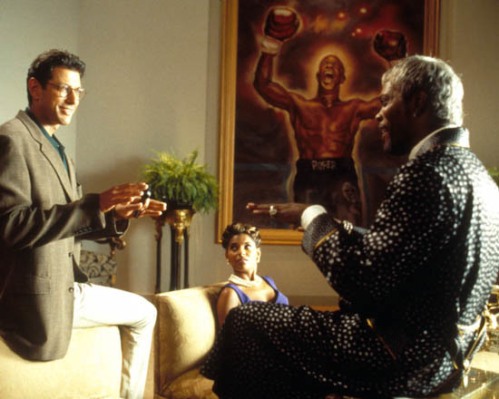 Coming tomorrow! It’s been about six hundred years after all. I wonder where a guy, an everyday Joe like myself, can find a little action –