Today! Because someone has to stay at the machine!

The oldest film on the list, the only silent made during the silent era, another rare foreign movie, and the grandaddy of all science fiction films, Metropolis was divisive in its day among critics – mostly due to its excessive length and somewhat heavy handed adaptation by Thea von Harbou from her own novel – and remains divisive to this day, mostly inside my marriage. Audiences and critics alike over the years came around to its complete masterpiece status; the wife, not so much.

A futuristic society (by 1927 terms) that looks not unlike modern day Manhattan (albeit with more sky trains) features a stark division in classes, with those above ground the lords of the city, and those below manning the machines that keep it running. The growing discontent with this set up leads a prophet of sorts to emerge, in the form of Brigitte Helm’s Maria, who preaches of the coming of a mediator to settle differences between the classes – the Brain and the Hands. The Brains, for the most part, are not excited about this prospect. 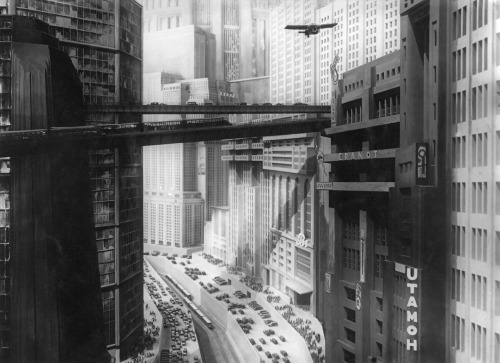 So yeah, silent movies might not be for you, and in the course of the last decade this film has been expanded back near its original running time, so it can be a tough one to sit through. But it is a rewarding, inventive masterwork by Lang at his best. Man, if you’re a Fritz Lang fan, this has been a week for you! His only other list film, #247 M, is almost certainly a better movie – that thing is a tight narrative juggernaut compared to Metropolis – but this movie is his lasting legacy. Sure, by today’s standards, it might be a bit ham-fisted, but the relevance of this movie to modern society is still shockingly high, and the effects hold up relatively well. The doppelganger robot Maria is still an impressive bit of craftsmanship, and an iconic figure in film history. 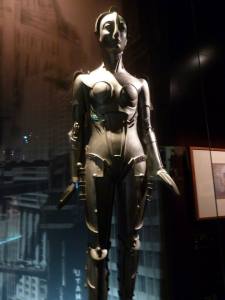 The Musée de la Cinémathèque in Paris has the original Maria robot, all these years later!

The famous-inside-our-marriage story of Metropolis goes like this – a few years back when they’d finally found and restored most of the missing, originally excised footage from this film, they gave it a minor re-release to commemorate a now more-or-less complete version of the world classic. Apparently, I did not inform the wife that this was a) a silent movie and b) two and a half hours long until we’d already parked the car and were walking to the theater. Unable to back out now without appearing a total, uncooperative dick, the wife instead chose to purposefully rage sleep through the film. Like, she has a tendency to fall asleep during movies anyway, at home and in the theater (she just fell asleep during Bad Times at the El Royale like last weekend), but rarely will she make a point of doing it, and at the Music Box in Chicago to boot, which does not have modern, comfortable seating. Nonetheless, that’s how I’ve seen Metropolis in theaters, while Sarah really hasn’t.

There basically weren’t awards for movies in ’27, but in the years since, Metropolis has been given such sweeping grand recognition as the 12th Best Film in World Cinema History (from Empire), the 2nd Best Silent Film (this has varied, but usually behind City Lights or Sunrise), the 35th Best Film from the BFI/Sight & Sound poll of a few years back, and was the first motion picture included in UNESCO’s Memory of the World, an initiative meant “to safeguard the documentary heritage of humanity.” So take that, boots!

Lang becomes the 24th Two-Timer in the director’s wing, but there will be no third go around for the great German filmmaker. Sorry, Dr. Mabuse fans!

Coming tomorrow! Nothing quite like it. The feeling of film –