Today! Because I’m not even supposed to be here today – 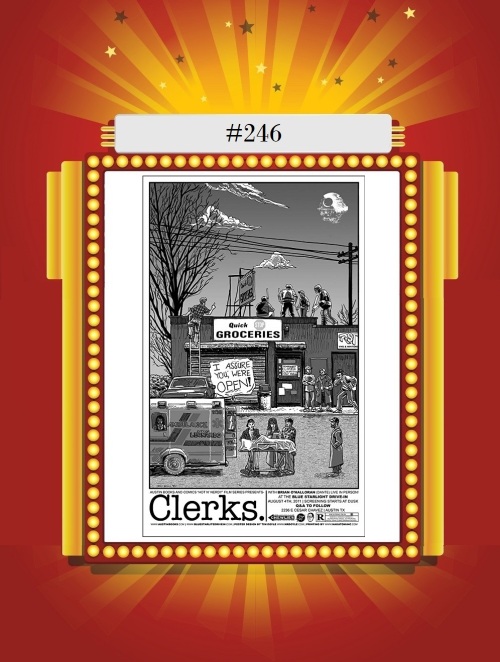 And then there are some movies on the list that have almost nothing to do with the movie itself. Don’t get me wrong – I still really love Clerks, but it’s a pretty different experience now than when you first laid eyes on it back in ’94. Now it’s for nostalgia, and the still-pretty-fun Kevin Smith-ness of the whole thing. But back then, this movie was the inspiration. The story of how they made it was better than the film itself in many ways – just a couple of guys maxing out credit cards and filming a movie at the location they had available to them. Hell, by ’94 I’d already made my legendary garage trilogy of Russian Bikini Hookers films on zero budget with Barbie dolls (and I didn’t even know about Todd Haynes Karen Carpenter biopic Superstar at that point), so this seat-of-our-pants, shoestring motion picture really spoke to me.

And sure, the acting isn’t anything special, and the plot is only a loose assemblage of gags strung together, but so what? No one has ever done more on $30,000 than Kevin Smith did with Clerks. The jokes still hold up – really, better than most of the later View Askewniverse movies – and the overall charm of the movie hasn’t much faded. I know there is some general dismissing of Kevin Smith’s movies in recent years – I mean, a lot of his follow-up films were sort of the same thing over and over – but I can still watch Dogma and Mallrats and get some enjoyment out of them. They operate on a speed I like – they don’t pretend to be more than they are (okay, maybe Dogma does a little), and they give everyone involved pretty funny lines. The scripts are solid gagfests, no matter what you think of the directing choices and the later casting fixes the one significant gripe about Clerks – the acting talent. But come on, I didn’t have access to any world class actors when filming Antigone: The Musical or Night of the Rapist and look at how wildly successful those things became! You make do with what you have!

Also, future spoiler, this isn’t the only Kevin Smith movie on this list, and the other one is not one of his more popular films, so stay tuned as I wrap up this discussion on November 19th! Be appropriately wary!

I would also be remiss if I didn’t acknowledge the film’s true MVP – that four year old kid who manages to buy cigarettes. 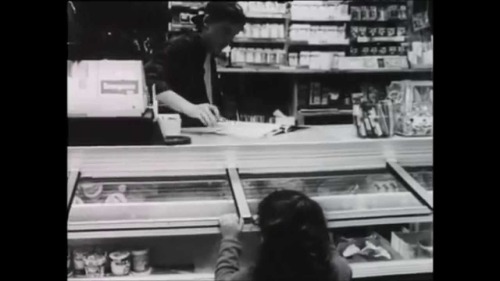 But people who don’t like Clerks, get over yourselves! Clearly you never attempted to film a combo Spanish language musical adaptation of Man of La Mancha and Jesus Christ Superstar in a classmate’s house with no bounceboards or audio dubbing! Don Quixote Superstar – winner of the prestigious B+ in Spanish III, Bishop Hannan High School, 1996. “Do you think you’re who you say you are?” Classic!

Coming tomorrow! Didn’t you have a daughter with a lovely name? Yeah, a lovely – what was it now? A lovely, lyrical, lilting name –