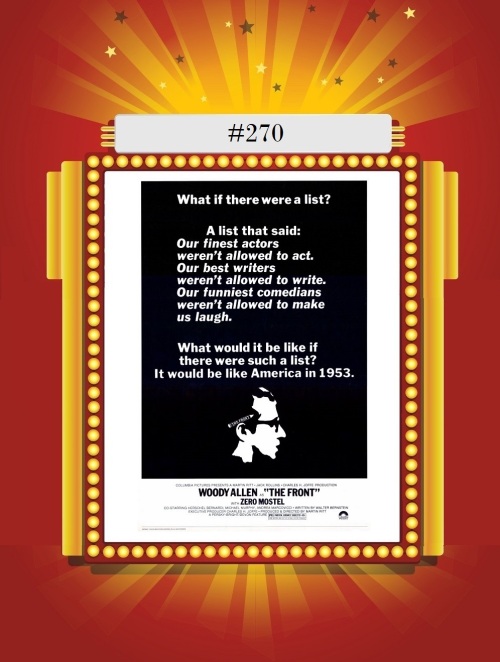 Made only twenty-odd years after the events of the movie, The Front employs a number of people actually blacklisted by the HUAC – director Martin Ritt, screenwriter Walter Bernstein, and actors Herschel Bernardi, Lloyd Gough, Joshua Shelly, and Mostel – all with the date of their blacklist in the film’s credits. Zero agreed to do the film as a tribute to his and Bernstein’s friend Philip Loeb, on whom his character was loosely based, Loeb being a prominent actor of his day, starring on the early TV hit The Goldbergs, based on the radio show of the same name. Loeb was forced out of The Goldbergs in ’52 after his blacklist, and struggled to get work for years –  Bernstein later said of Loeb that he was so depressed and despondent during this time that he never once saw him smile. Loeb committed suicide in 1955. 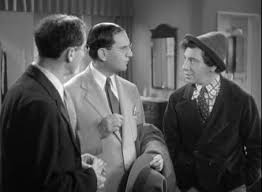 Loeb, with Groucho and Chico in 1938’s Room Service

Allen and Mostel give tremendous performances, with Woody a genuine surprise in his forceful, dramatic scenes. Woody Allen movies don’t tend to venture into these areas for his characters – he might get into some romantic drama, but rarely anything else too heavy – so it’s kind of remarkable the manner in which he’s able to handle this work. Maybe if Woody acted in more films he didn’t write and direct, we would’ve seen more of this over the years, but I guess he kept busy, writing and directing a movie pretty much every year for the last half century.

Oscar nominated for screenplay, and Zero picking up a BAFTA nomination for Best Supporting Actor (in his last big screen movie), The Front did little else awards-wise – not even a Best Disregard for Governmental Authority, for the top quote in the post?

Michael Murphy (#396 MASH) and Zero Mostel (#280 Rhinoceros) join the Two-Timers club, while Woody adds his name to the Three-Timers, following appearances in his films, #304 Take the Money and Run and #349 Broadway Danny Rose. 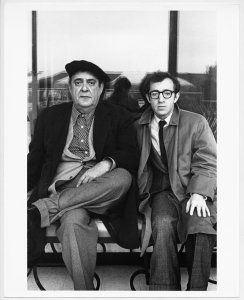 Coming tomorrow! You’re on a gravy train with biscuit wheels –