Today! Because that plane’s dusting crops where there ain’t no crops – 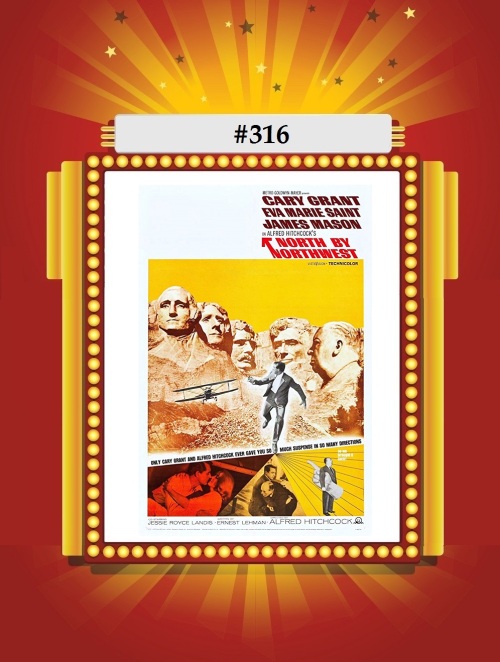 Hitchcock it is! The one with all the memorable set pieces, North by Northwest lands squarely in the Hitch Wrong Man sub-genre, wherein a regular schmoe (even one who looks like Cary Grant) gets caught up in a helluva lot of intrigue and murder, and is forced on the run, encountering devious foreign agents, low flying planes, and the lovely tourist attractions of South Dakota along the way. This is also the latest Hitchcock movie chronologically that I actually enjoy, but in all fairness, I’ve never actually sat down and watched Topaz. Or, hell, Frenzy for that matter. Maybe I need to keep these sweeping statements to things I can actually stand by. Frenzy might be the greatest movie ever made, I don’t know. 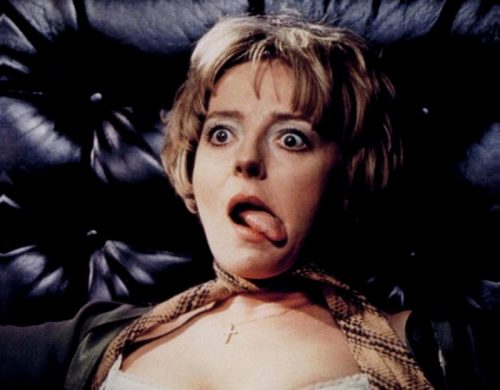 But yeah, you may ask yourself, for someone who repeatedly has said in this space that he’s not a huge Hitchcock fan, how is it that I have the Round Mound of Suspenseful Filmmaking (as he was called in his early silent movie days) appearing on this list more than any other director so far? Well, here’s two things to keep in mind – one, it might not seem like it, but this is still the extreme early going in this list – there are a good number of folks waiting in the wings to eclipse ol’ Hitch, and two, even with all these Hitchcock flicks sneaking into the back hundred of the quadruple century ranking (and not to spoil anything for you), there’s only one Hitchcock remaining after this point. That’s right, four and out! The next one is high-ish compared to these – tune back in on October 2nd for #241 overall – but still, none of the filmmaker’s movies cracking my top 200, that should be all you need to hear.

Still, I don’t want to slight North by Northwest in any way – this might be Hitchcock’s masterpiece. Yes, I recognize the mania some people have for Vertigo, and Vertigo is a terrific movie (it’s not #241), but I wouldn’t say it’s particularly enjoyable. Who the hell are you rooting for in Vertigo? Great movies don’t need to be cuddly and lovable, I get that, but Vertigo, as great as it is, I always have a hard time getting up for. North by Northwest, on the other hand, falls into the group of his films I really enjoy – the espionage, international spy, man on the run group. #327 The 39 Steps and #370 Notorious both fit this bill as well. I don’t know, I think Hitch’s more psychological thrillers are kinda…silly? Some of them? Not Vertigo, but like, Psycho? Have you sat and watched Psycho recently? Not only is the movie itself – after the first half hour – kind of dull, it also has the most unnecessary final ten minutes of any movie ever. Any kind of thrill you get from the 3rd act of that one (and again, it doesn’t do much for me) is completely trampled to death by the lengthy explanation sequence that follows. With the possible exception of The Birds, Psycho might be the most overrated movie in history. 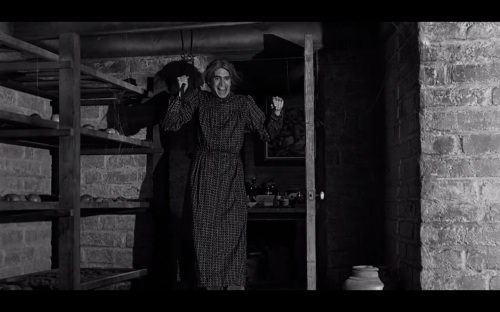 I’m sure at the time it was really scary, but those days are gone

Again, none of this takes away from North by Northwest, which is a wonderful movie. I’m digressing really hard here, and I should’ve probably saved some of this overall Hitch criticism for #241, but real fans of later Hitchcock – compared to the better, early Hitchcock – baffle me a bit. And I know chronologically NXNW is a later film – hell, it came out the year after Vertigo – but it shares little similarity with the director’s popular films of this era of his career. But again, I haven’t seen Frenzy. Or Topaz. I should really just watch them and clean this up.

Nominated for Screenplay, Film Editing, and Art Direction/Set Decoration, North by Northwest was hardly disregarded in its day. Hell, at the time of this writing, it stands as the 75th top rated movie on IMDB, if that means anything to you. It’s not the highest rated Hitchcock film (Psycho is 33rd) or the second (Rear Window is 43rd), but the fourth, located one spot behind Vertigo. Bah.

And that fresh faced, up and comer Cary Grant finally gets some recognition by becoming the 105th member of the Two-Timers club today, following his work in 1946’s Notorious, in which he starred as a dapper, young Tupac Shakur. Spotlight! 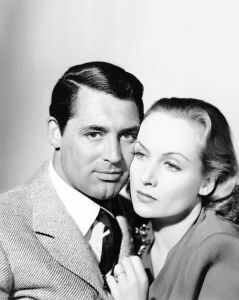 I don’t know why so many of his promo shoots included face smashing, but here he is side-by-side with Carole Lombard