Today! Because that’s what I call a close encounter –

That crowd-pleasingest of crowd pleasers from the glorious summer of ’96, Independence Day is a bombastic, overblown, super-long, mega-destructive alien disaster movie – a War of the Worlds that no movie studio would allow to end with something like a pesky virus wiping out the enemy. Oh no, there had better be shots of the entire country (and a little lip service to the rest of the world) getting decimated by giant warships, the country and general morale laid low, before the stirring rally commences. This was all before 9/11, mind you. It’s hard to say how this would’ve played after. Judging by the thorough rejection of the pointless sequel twenty years later, I’m guesing not well?

In fairness, Resurgence was a bunch of ridiculous nonsense

The original is a vastly better movie, though. Sure, it goes on way too long – paving the way for overlong ass-numbery in the Transformers/Pirates of the Caribbean movies of the ’00s – but that opening hour of pure destruction and mayhem, that is thrilling stuff. Narrow escapes! Dramatic crashes! Crazy ass Randy Quaid pronouncements! Goldblum being Goldblum and Will Smith becoming a megastar! Bill Pullman following the summer ’96 kickoff of Bill Paxton with over-the-top, jingoistic bravado! That is hella exciting right there!

No disaster movie in history has as lingering a visual as the White House getting blown up in Independence Day. There, I said it. What the hell is even next? That guy crashing into the skylight once The Poseidon Adventure hits upside down land? When the great future Two-Timer John Carroll Lynch valiantly, idiotically leaps into the lava to save that guy and disappears T2-style in Volcano? What an asshole! Nope, White House destruction trumps all, and that includes Randy Quaid’s balls-out insane self-sacrifice in this same film.

All this being said, yeah, it’s a super ridiculous movie that could’ve lost twenty minutes and a few side characters and been amazing. It landed right in that sweet spot when I started going to movie theaters a lot – the downtown Scranton Steamtown Mall theater had just opened the year before, I’m sure you remember – and so I’ve got mad fondness for 1996 films. This is the fourth (following #392 Mission: Impossible, #369 Evita, and #340 The Nutty Professor) with many more to come, from a year not exactly remembered for its great movies. I think maybe one cracks the top 100 here? Two at the most? Next summer it’ll all play out in this space!

Awards were not the point here, but it did win an Oscar for visual effects. Still, nothing for Best Alien Wish, as cutting-to-the-chase was the order of the day when the captured space visitor is asked what they want humans to do. “Die.” Okay then! 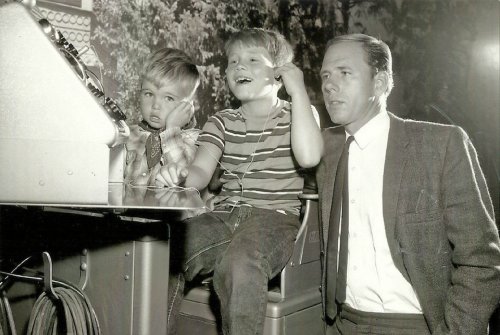 The late, great Rance with his boys