The Set of 400: Zounds! The Fourth in a Multi-Part Series

I don’t know how many more of these will turn up either, you guys. I was somewhat shocked at the omissions I made when looking back, and I want to remedy that for all posterity, given that Knowingly Undersold will undoubtedly be my lasting legacy, writing-wise (at least for those of you still unfamiliar with Parade Day – available on Amazon!). There was a list I worked from to assemble these countdowns over the years, and somehow they never became comprehensive enough, and so mistakes were made. I’m sorry! And today’s apology is mostly owed to: 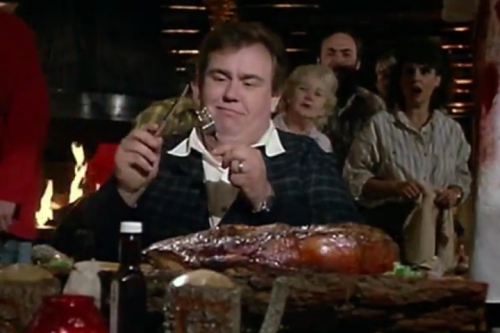 How I overlooked what often first occurs to me in the canon of great John Candy roles I have no idea. It’s not like I didn’t have Candy on the brain with this list – there are loads of his films still to come – but maybe it’s just that I hadn’t seen it in a while? I have no good excuse. There are plenty of great, iconic moments in this movie – from the above, where Chet Ripley conquers the Old 96er, to “We’ll give them a ride in Suck My Wake” – and a terrific, oily performance by Dan Aykroyd as Chet’s brother-in-law Roman. Oh, and the raccoons! How funny are the raccoons?! And the bald bear! I’m an idiot.

This movie would’ve probably landed right around here – maybe #324ish, just ahead of Fourteen Hours. Hugely disappointed in myself! We watched this movie to death when we were kids, but I hadn’t seen it in some time, so it just slipped my mind in the rankings. Consider yourself recognized, Great Outdoors! 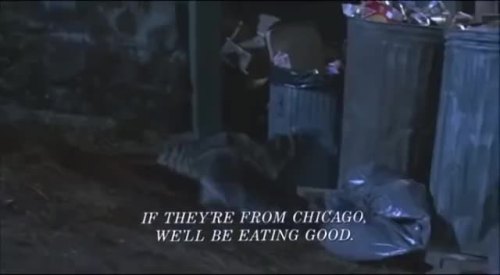 Tagged as Favorite Movies Ever

One response to “The Set of 400: Zounds! The Fourth in a Multi-Part Series”