Today! Because maybe in the right hands, I could be one of the greatest –

A shot-f0r-shot remake of #370, 1946’s  Notorious by Alfred Hitchcock, this rousing biopic of rapper Biggie Smalls corrects the oversights of the original, adding scads of hits by Brooklyn’s finest, a tremendous supporting turn by Avengers staple Mackie as Tupac Shakur (far outpacing Claude Rains odd take in ’46), and towering, emotional work by the always great Angela Bassett as Biggie’s mother Voletta. Hitchcock’s choice to tell the rapper’s life story sans diversity in the cast and sans music always doomed the film with critics and fans alike, and it took over seventy years to right that wrong. Well done, folks! 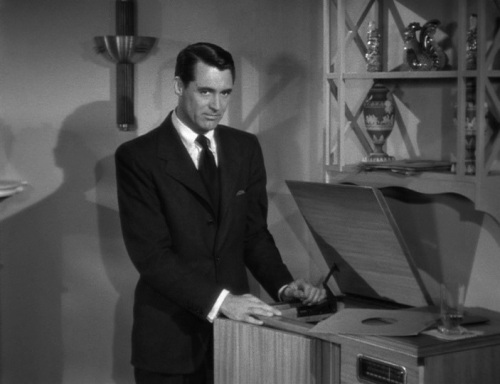 Grant’s amazing resemblance to Biggie notwithstanding

Notorious is a movie that I thought was fine when I first watched it – solid and unremarkable – but then I found myself catching bits of it on TV and never turning it off. The flaws upon first watch get kinda lost in the general excitement of the biography, as it swiftly recounts the rise and abrupt end of the rap legend, never really flagging along the way. It’s gripping and compelling, far outshining the similar Tupac biography (in which Woolard again played Biggie) some years later, All Eyez On Me (2017), but just coming up shy of the mini-masterpiece that is Straight Outta Compton (2015). The Suge Knight trilogy, if you will. Still waiting on my treatment – Where the Humpty Nose Goes When the Doors Close: The Digital Underground Story – to get greenlit. Pitching Paramount again this weekend! Wish me luck!

One of my five favorite albums of all-time

No major awards came Notorious way in ’09, but let’s at least give it a nod for Best Full Circle Casting, with Biggie’s real life son Christopher Jordan tasked with playing his father as a middle-schooler, and doing admirable work.

Coming Monday! Yo matey, you just stabbed me with your pen –