Let me just start by saying SHUT UP. I know, I’m not exactly in the majority for my enjoyment of this film. And rest assured, I recognize the amount of ridiculous bullshit that’s in it. Why did I use a Jar Jar Binks quote at the top? Because I’m owning it, and I want you to know I’m not overlooking the crammed in nonsense that ruins this movie for people. And perhaps I’m projecting backward onto this film – because I largely haven’t enjoyed the Star Wars things that have come since 1999 – but I think this is a hugely underappreciated movie, with a lot to like. So just shut up.

Let focus on the big things – the lightsaber battle at the end is the best lightsaber fight in any Star Wars movie. Hell, it might be the best swordfight in the history of film. John Williams score for this movie is my favorite of the series. The pod racing scene stands up with any sequence in any Star Wars. Ewan McGregor was a terrific choice to carry the prequels, and is always excellent as Obi-Wan. Darth Maul is a terrifically cool villain. Mace Windu is pretty cool, too. Plus it cannot be overstated how eagerly anticipated this movie was in ’99, to the point that I can’t believe it could’ve been warmly accepted no matter how it turned out. Look at The Force Awakens – the only reason people fell all over themselves in love with that thing is because the prequels were so hated. The logic – let’s just straight remake A New Hope and pray no one notices – worked great, as things got so out of hand by Episode III that fans just wanted anything resembling the original movies, no matter how derivative.

And yeah, Episode I has terrible stuff in it – that all-CGI Gungans v. robots battle, the entire Trade Federation plot and character design, Jar Jar, Queen Amidala’s ridiculous headpiece, poor Jake Lloyd, that awful title – but I still can watch this movie and enjoy it. And I think it set up nicely for the other movies, which decided to completely boot the momentum and crash into a horrifying garbage heap. I hated Episode II (2002) so much that I didn’t bother watching Episode III (2005) until 2015, right before Episode VII came out (if I ever get around to a Set of 400 Least Favorite Movies, you’ll see just how much I hate that goddamn thing). And I would say, up to this day, I would take The Phantom Menace over Attack of the Clones, Revenge of the Sith, and The Last Jedi for definite, and maybe The Force Awakens if I’m feeling particularly salty. Shut up your objections!

Also – can we stop all the talk that maybe they’re making too many Star Wars movies now? All six year old Joe wanted was more Star Wars, and he had to wait until almost his junior year of college for a new movie. Now they make a few mediocre movies interspersed with some decent one offs (I like Rogue One and Solo!) and everyone is like “This is too much!” SHUT UP! Remember the ’80s and ’90s! Remember all that goddamn time between Episode III and Episode VII! We could easily go back to that with all your bitching! 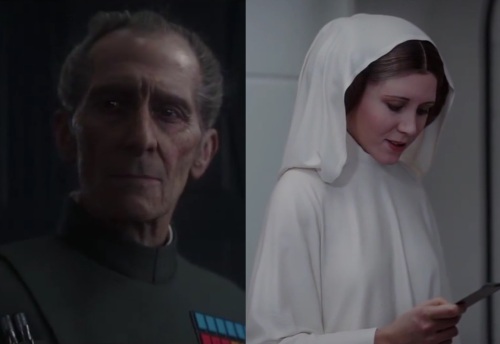 I’m not saying Rogue One wasn’t wallowing in the past either, but come on

Two-Timer Greg Proops has yet to appear in person in a list film, but gets the nod for his silly pod race broadcaster voice work here, following his bit part in #379’s Nightmare Before Christmas. Whose Line is it Anyway? legend Proops! Spotlight! 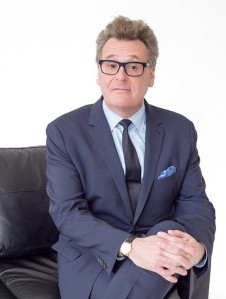