Today! Because they can handle twenty Marines, and a hundred cooks –

I promise, this is the only Steven Seagal movie on this list. Also, let’s not even look at it that way – not as the best movie Seagal ever made, or as the terrifying combo of a Seagal/Gary Busey/Erika Eleniak picture – this is the last movie Andrew Davis made before directing The Fugitive. In a very real sense, you can make a case that without Under Siege, The Fugitive would have been a dramatically different film, and who does that benefit? Would Davis have directed it? Would Tommy Lee Jones have played that Oscar winning role? Would it have been nominated for Best Picture? Very unlikely on all counts!

All that being said, Under Siege is a solid punching kicking action film, bolstered by the invaluable presence of Jones doing great villain work. It’s the generic formula that was carrying Seagal through his cop-centric actioners in the prior years – all with titles that work well preceded by “Steven Seagal is…” e.g. Above the Law, Marked for Death, Hard to Kill – refitted with Seagal as the sort of likable underdog Navy Seal-turned-cook, packaged into a Die-Hard-on-a-battleship premise, with better supporting actors. Plus, again, Andrew Davis is a big upgrade at director, even if his career hasn’t exactly continued on this trajectory. I can understand where this movie might’ve gotten overlooked and disregarded by most non-Seagal fans in ’92 – as his movies all do appear very much the same on the surface – but this is the rare one that actually had some wider appeal. It was his highest grossing movie by far, and actually topped such acclaimed action vehicles as Patriot Games and Last of the Mohicans in ’92!

Davis’s first film after Fugitive? This, which someone once told me totally straight-faced was their favorite movie ever. Never saw it! 4.9 out of 10, IMDB!

Amazingly nominated for two Academy Awards – Sound and Sound Effects Editing – showing what a little box office bump can do for below the line awards recognition, Under Siege also is more than deserving of the Best Cross-Dressing Gary Busey honor. Congratulations! 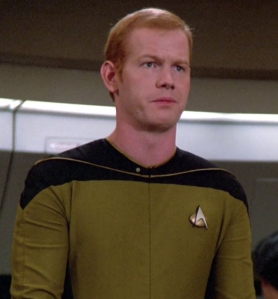