Today! Because the enemy isn’t a bunch of sparrows and crows – 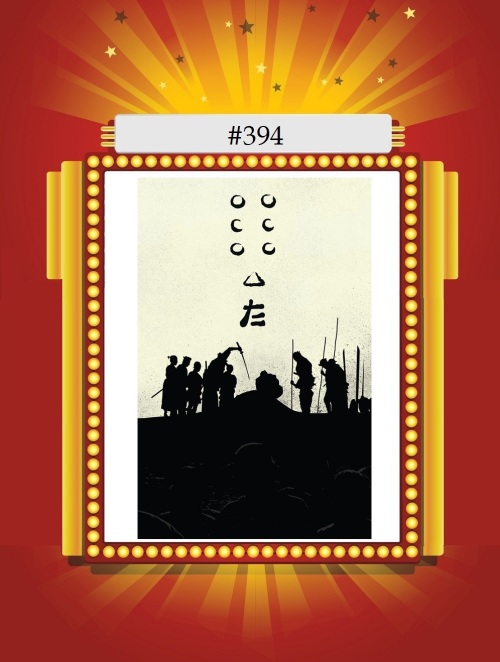 This one is a major outlier on the entire list. Not to spoil the forthcoming year(s), but don’t expect a ton of foreign films down the road, and really don’t anticipate this kicking off a deluge of samurai films. I mean, I love me some shitty kung fu movies, the ones you find in dollar bins at the Steamtown Malls of the world (Shoutout, downtown Scranton, PA!), but you won’t see them crop up in the limited space of my favorite movies ever made. Sorry, Catman in Lethal Track!

But don’t sleep on this movie, if you like unmitigated garbage

However, even at nearly four hours, entirely in Japanese, Seven Samurai is an enthralling masterpiece, one of the classics of world cinema, and a landmark in the gang-of-dudes-righting-wrongs-in-small-towns genre, influencing countless westerns and war films to follow. It’s not higher on the list because, come on, I didn’t grow up with Seven Samurai playing in the house, and have  scarcely had the time to allot to watching the movie in the years since. It’s damn near four hours long, for Chrissakes! But its sheer grandeur, marvelous staging, gorgeous cinematography, and absolutely phenomenal Toshiro Mifune (rightly placed in the pantheon of all-time great performances) put it at the forefront of Japanese cinema (at least, from my fairly limited exposure to it) and lodge it squarely on the big list. Congratulations, samurai pals!

In addition to some black-and-white Oscar nominations (That’s how they used to divide categories! Weird!) and the Silver Lion at the Venice Film Festival, what significant space on the mantle would Best Samurai vs. Horse Warriors in a Rainstorm seriously warrant? Let’s move on!

Coming tomorrow! It’s great to be young and insane!