Confessions of a Lousy Driver 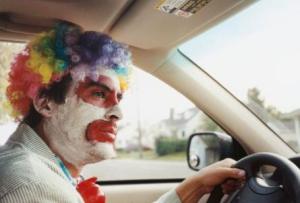 He thinks he's funny WHILE being a good driver

I’ve found there are two constants in the realm of human self assessment. 1) Everyone thinks they have a sense of humor, which is insane because there are so many dour, humorless clods out there on which the funny has no effect. And 2) everyone thinks they are a good driver. EVERYONE. Blame for all driving mishaps can be attributed to other drivers, road conditions, pedestrians, the car, the seatbelt, the radio, passengers, the armrest, anything. It’s never your fault behind the wheel. You’re blameless. You’re a great driver. So what’s the answer? Well, I’m here to tell you – you can blame me. I’m sort of a lousy driver. 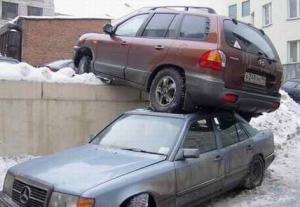 Not my finest hour

Now, I’m not a particularly dangerous driver, don’t get me wrong. I’ve rarely hit anyone or anything. Sure, everyone backs into other cars and utility poles now and then (don’t they??), but beyond that I can count my major and minor accidents on one hand…yeah, just one. But, more and more evidence has come to light which leads me to the undoubtedly accurate conclusion that I can’t drive worth a good goddamn.

Its taken me some time to come to grips with this because, like everyone else, I was firmly under the belief that I can capably and soundly operate a vehicle. Hell, I had to take a test and everything! I’ve got a license that says so! And I used it for a very long time, to run out for late night tacos and early morning trips to the liquor store. They wouldn’t just give these to everyone would they? 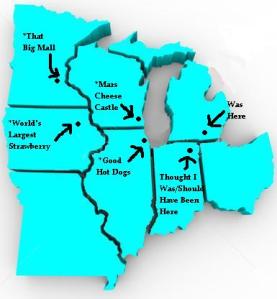 But let’s get back on point. It’s not that I’m really dangerous, I pay the vast majority of my attention while driving to the other cars. I figure that’s pretty safe, right? But there’s sooo much else out there to watch for! Jeepers! Street signs? Forget that nonsense. Without a GPS there is a good chance I couldn’t get six blocks from the apartment. Really, back in the old Mapquest or worse yet handwritten-as-told-to-by-someone-supposedly-in-the-know directions, I ended up on different highways, unable to find major cities, and once – no lie – found myself in a different state. It’s true! Michigan! That happened!

What’s the solution? Just pay more attention, right? I’m not an idiot, I know I have a problem. Just focus up, chump! But, even the process of doing that distracts me from the thousands of pounds of hurtling violence changing lanes all around me, requiring more attention to the other cars and less to things like, say, traffic lights, which have tripped me up more times than I care to mention. Once, I was turning left at a light out of a parking lot, a car was coming straight through from the other direction, but slowly, and I watched the whole thing develop right in front of me until we just collided head-on (please see the childish diagram below if you lack imagination). Not violently, one of us had stopped and the other just sort of rolled in, but still! I saw this all happening and was powerless to stop it. What’s the reason for that level of shitty driving? 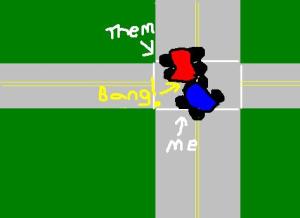 I know! I know what you’re thinking! “How is this imbecile still allowed on the road?” Through a quirk in our legalized motor vehicle department operating system, I never have to take another driving test. Never! How great is that? Sure, I have to go get a new picture taken every couple of years, and when I moved I had to take a written test where I had to identify the shape of a stop sign (I passed), but that’s it! No one needs to evaluate me behind the wheel ever again, apparently. How is this possible?

And now the good news for you, America. I don’t have a car. So the odds of me running over you and your family in the crosswalk someday are kinda slim. Every now and then the girlfriend let’s me drive, and shouts at me pretty constantly, as I drift into other lanes, fail to yield virtually everywhere, and miss turns which leads us miles and miles out of our way, and sometimes, to Pittsburgh (it happened!). But that’s all the driving I do. Only once in a while. Which leads me to believe that I wasn’t always this way, I just don’t get much practice anymore. I commuted to college, so that was like 25 miles a day everyday for years. I probably wasn’t all that bad back then. Plus I’m getting old. Like really old. I go into rooms and forget why I’m there. I log in to websites and instantly have no clue what I could’ve wanted to find out. I probably need more vitamins. But I’ll go to store for them and forget why I’m there and go home with ice cream. 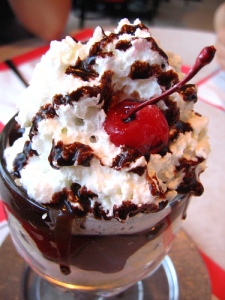 Ice cream. Man, I could go for some ice cream right about now. That would really hit the spot. But then I wouldn’t be hungry for dinner and the girlfriend will be mighty suspicious about that. Then I’ll probably forget why I’m not hungry, and won’t be able to tell her, and she’ll think I’m lying, accuse me of shooting dice in the alley and then I’m out on my ass looking for an apartment in Chinatown. And I don’t speak Chinese!

What the hell were we talking about? Ice cream? Driving! Right, I’m not a very good driver. I admit it. And I wish more of you would, too. Because really, if it was just me out there mucking up the roadways, the massive crush of other drivers could pick up the slack. People would really just have to pay attention to what I’m doing, and the rest would take care of itself. That’s if the world was made up of 99.9999999% good drivers and me. But it’s not, folks. Really, look at the things you’ve done behind the wheel, and deep down, at least to yourself, admit that you kinda suck at driving. In all my passenger-ing experience, I’ve only ever known a handful of people I wasn’t terrified of riding with. And you’re not one of them. You probably aren’t as bad as me, but yes, some of you are worse. Just saying. Admit it! Will you do that for me? Don’t leave me out here alone with my infinite humble wisdom and astoundingly terrible ability at performing a K turn.

This has been a court ordered public service announcement from M.A.A.D. (Mothers Against Awful Driving) and the Ad Council.