The Life of J. Flagler Brownstone

The following is our first attempt in short form biography here at K.U., to later be used to prove non-fiction crafting ability, secure employment for the author, and then lord it over lesser biographers who couldn’t do either of the previous. 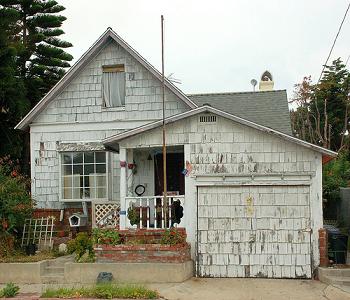 The Brownstone homestead in Sandusky

On a balmy day in May with the clocks all striking fourteen, the toddler J. Flagler Brownstone took his first step, off the family porch in Sandusky, Ohio, and broke his leg in two places.  This wouldn’t heal properly, due to the lackluster medical attention of his live-in besotted uncle Manfred Poxx, and would ultimately give Brownstone his trademark limp.  It would also allow him to wield a sword cane with great dexterity from his childhood on, a skill that would come in particularly handy when he had to kill his uncle many years later.

As a gimpy lad, J. Flags – as his family would call him – had few friends and no athletic ability.  A sickly child, he would spend most summers in the family attic, befriending spiders and building them homes out of toilet paper tubes and sardine tins.  This worried his mother, the once beautiful Loretta Poxx Brownstone, who would encourage her son to hobble down to the schoolyard and join in the merriment.  After a half dozen beatings and countless more jibes and taunts, Little Flag – as his Aunt Candy would call him – would instead go to the wharf and listen with glee at bathroom doors to the sailors’ defecations.

This led to young Brownstone’s first job, as cabin boy on a garbage merchant’s barge on Lake Erie.  He enjoyed immensely the general abuse and squalor prevalent on the ship, and would later consider it some of the happy times of his youth.  His parents, unaware of their son’s absence for nearly seven months, tracked him down on the Lilac Dutchman and brought him home, unhappy with his gallavanting, and with the many trash shanties he would now sing incessantly.

Having experienced the worlds of rubbish trafficking and arachnid housing, Flagy Browny – as his drunk uncle Dr. Poxx would slur at him – decided he’d had enough of school and dropped out.  He began selling homemade recipes for nail polish and flapjacks off the back of his tricycle at flea markets throughout the region.  He was arrested, naturally, after his customers confused the recipes and were poisoned.  His father, a dignified prick named Johannes Brownstone, thought his seven-year-old son needed some toughening up, and so left him in jail for five long years. 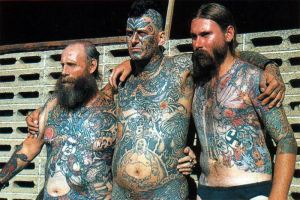 Momo and his posse

It was here, in Erie County Prison, that JFB – as his cellmate Tony would coo at him – learned to read, to write, to do laundry, to do squat thrusts, and to perform one-legged jumping jacks.  While in county, Brownstone also received his first pair of spectacles, tattooed directly onto his face by the skilled hands of Momo the Ink Giver, leader of the Cracklin’ Rose prison gang.

Once someone took notice, the charges against J. Flagler Brownstone were dropped and he was released.  The fact that he’d spent half a decade behind bars, with adults, for little more than a misunderstanding seemed harsh, but you must remember, Ohio was a harsh place in those days.  He was now approaching thirteen years of age, and had lived a life filled with more knife fights and buggery than most men twice his age.  He knew it was time he made his place in the world.  His abilities and interests were varied and peculiar, but he knew that he was destined for great things, and set out to establish himself in the firmament of history.

This post-tween Brownstone attempted invention after invention to no avail, ultimately scaling back his ambitions so that he just worked to improve what already existed.  When this too failed, he tried to sell what other people invented, usually without their knowing, and finally he passed himself off as these people, at which he was horribly inept.  Flat on his back from the punches and whippings of the wronged parties, the now mostly adult Brownstone swore to go the straight and narrow, providing there was glory and vast riches on this strange course of integrity. 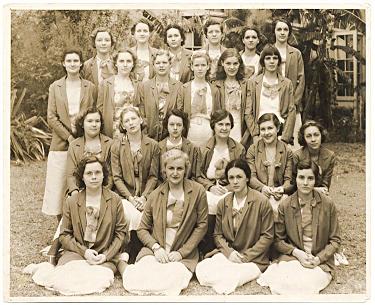 Some of the Brownstone wives, at a reunion in Toledo

During these lean years of trial and error and trial and acquittal, Mr. Brownstone began the other great pursuit of his life – women.  He had a tendency to marry often and badly, always ending up considerably poorer for the experience.  He had a lust for the tall and the thin and the round and the short and the busty, and they all knew he was good for free meals and eventual alimony.  The whorish calvalcade of broads who would call themselves Mrs. Brownstones could fill another short form biography by themselves, so we will here offer a simple summation – JFB’s wives were not ideally chosen or quickly enough disposed of.

It was in the midst of one of these nauseating courtships that J. Flaccid Browneye – as his classless second wife Pinky called him – got the inkling that would grow the mighty ink.  He was in the process of intricately cutting a chicken breast while being fellated when a jet of blood from a heretofore unseen vein in the meat splattered him and his obseqious damsel.

Mixing amorous and dining adventures as he enjoyed doing, Brownstone found this event decidedly unappetizing in both ventures.  His lady was grossed out so as to halt and discontinue her involvement with his member, plus the chicken was now rather vile and messy.  And then a bolt of lightning struck Brownstone’s imagination, and head, right through the window.

As he recovered, he drew up diagrams for what would become his hands free chicken de-veining apparatus, known the world over thanks to the ubiquitous infomercials as the Flagstoner.  There had been instruments that could rip veins and tendons from beef and chicken before, but the Flagstoner had two distinct advantages.  The first was its patented computerized, automatic, self-cleaning, three-blade design, so that it would cut up the evening entree while you were sexing the missus to your heart’s content.  The other was that it could also be used to neuter cats and dogs, a feature that Brownstone insisted trying out on all his wives’ animals. 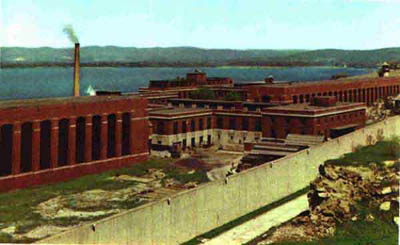 But of course, tragedy struck.  His beloved parents, who reacquainted with him after he became fabulously wealthy, were killed by his deranged uncle Manfred, who Flagstoned them to death with the popular device.  J. Flagler arrived too late to save them, but just in time to eviscerate his uncle by way of sword cane.  He was promptly sent back to prison, despite his wealth and his uncle’s heinous crime, where he languished for another five years.  His current wife predictably divorced him, and his multitude of children from these many marriages jointly agreed not to visit, even though they all sent postcards in hopes of retaining some inheritance.

Three days ago, J. Flailing Millstone – as the press has dubbed him – was released from his second stint in Erie County Prison.  He is now slightly past middle age, mostly unrecognizable for his many yard fight shiv wounds, and more than a little twisted by the events of his life.  Still, he has been called by some (in the free newspapers, largely) “the most important inventor of our time,” and “one of the great unproven humanitarians to ever live.”

Still, this short biography only tells the mundane events of the man’s life thus far.  We didn’t touch on his warped politics, his bizarre recreational endeavors, his basic temperment and personality, and only very slightly delved into his awesome perversions.  Even after this look at the entirety of the man’s life, it’s as though we still don’t know him at all.

3 responses to “The Life of J. Flagler Brownstone”