Today! Because I know, we are Your chosen people. But, once in a while, can’t You choose someone else?

There are plenty of movies with music still to come, and a bunch of films that could be classified in some way as movie musicals, but as far as stage adaptations to the big screen, Fiddler on the Roof is my second favorite, apparently! How about that build up with little payoff? I would also contend that it is the best musical adaptation ever made, fully realizing the vast number of ’60s Best Picture winners this shoves behind it – your Sound of Music, Oliver!, West Side Story, My Fair Lady, etc.

Most stage adaptations – no matter how hard they try to update and rearrange them for film – still have a nearly unbreakable staginess to them. While this doesn’t bother me much with plays-to-screen, musicals are such a grander experience in general that they need to really open up and do dramatically different production and sound designs, to try and utilize the medium to support the unnaturalness of spontaneous songs. I’m not saying a bunch of other movies haven’t done this well – the staging of 2012’s Les Miserables is incredible, even if the movie just missed this list – but I genuinely can’t remember a movie that worked better in this regard than Fiddler.

And that’s with all the fourth wall breaking going on. On stage, it works fine – breaking the fourth wall is such a standard convention in theater that it’s not disconcerting. And, okay, strictly speaking that’s not what’s going on here either (he’s talking to God, but in the direction of the audience/camera, so…) but it could’ve been a disaster. However, Topol’s brilliant work as Tevye – commanding, charming, sympathetic, and yet massively flawed – gives the on-screen narration a peculiar authenticity, and helps immerse us into the early 1900s Russian village of Anatevka.

The Music Box in Chicago has taken to screening this movie on Christmas Day, which is a tradition I can get behind

I would venture for the generations of fans most familiar with Fiddler as a movie, Topol is the ultimate Tevye, the gold standard, which is interesting considering how different this movie could’ve been. Zero Mostel was the most associated actor with the role from his lengthy run in the part on Broadway, winning him a Tony and propelling him to a great film career. Naturally, he wanted to play Tevye in the movie, but producers thought he would overwhelm the character on screen, given his giant personality, and thus went with the London West End Tevye, Topol. It’s hard to say this is a bad choice, as again, Topol is amazing, but I’ve never been able to picture Zero in this role, and wish I could’ve seen him do it. Maybe not here instead, but somewhere. Anyone got that bootleg Fiddler on Broadway from ’64? Let me know!

Topol won a Golden Globe for Actor Comedy/Musical, and was nominated for an Oscar (and later a Tony, in a Broadway revival), alongside Leonard Frey for Best Supporting Actor as Motel. It was nominated for eight Academy Awards in total, including Best Picture, Director, and Art Direction, and won for Cinematography, Sound, and Best Music, Scoring Adaptation and Original Song Score for John Williams – his first Oscar of five, and fourth nomination of 51, as of this writing – the second most in history, only behind Walt Disney. 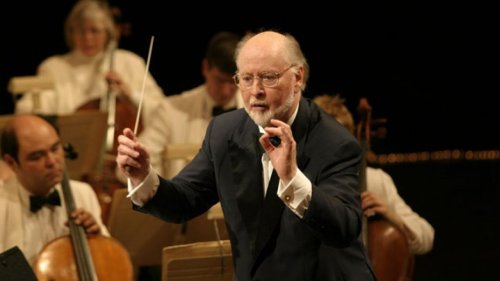 This collection of international stage actors and small screen staples – including Only Fools and Horses great Roger Lloyd Pack! – doesn’t produce a lot of new guild folks, but we do get one Two-Timer in the form of Burt Buchman himself Louis Zorich (#193 They Might Be Giants), and a new Three-Timer, Barry Dennen (#121 The Shining, #218 The Kentucky Fried Movie) who – spoiler alert – also appears in my #1 favorite stage musical adaptation ever. Stay tuned!

Coming Monday! Some men are coming to kill us. We’re going to kill them first –